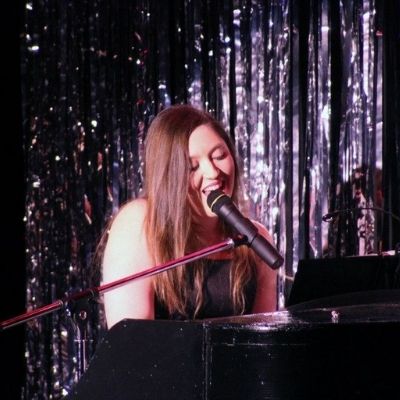 Rachel Black is a versatile singer with a musical background ranging from singer/songwriter to blues to opera. Raised in Washington D.C., Rachel Black began performing at the age of six and started writing at fourteen. She holds a Bachelor’s in Music from Boston’s Berklee College of Music and has performed at venues across the country including The Bitter End in New York and the Harmony Festival in Santa Rosa, California. Rachel also appears as a studio vocalist and was featured on the Limited Edition Box Set of the acclaimed album These Re-Imagined Machines (Nettwerk/Black Hole, 2011) by the Grammy-nominated producer and composer BT.

In 2009, Rachel relocated to Lawrence, Kansas where she welcomes an alternative to the hustle and bustle of city life. Locally, she has enjoyed working as a Child Coordinator for the Lyric Opera of Kansas City’s productions of The Magic Flute and La boheme, singing with Lawrence Opera Theatre where she served as the Artistic Administrator for the company, performing in Theatre Lawrence’s Dueling Divas and with their improvisation troupe, The Travelers, as well as performing with her blues band, The Ninth Street Band. Rachel Black also sings regularly as the Cantorial Soloist at the Lawrence Jewish Community Congregation.

Rachel is not currently accepting new students as of March, 2021.