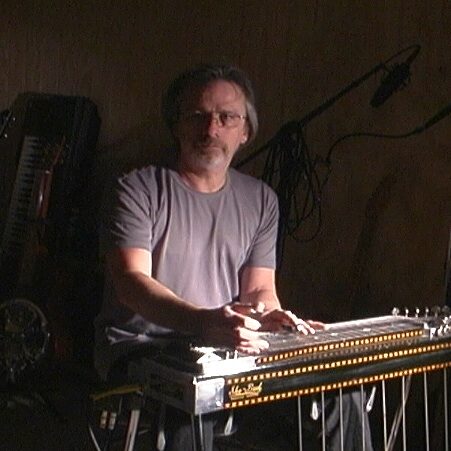 Denny has been a staple in the local music community since 1967 when he settled in Lawrence from New Jersey. Playing guitar and keyboards through the early 70’s, he found the sound of pedal steel guitar as played by the likes of Jerry Garcia, Peter Kleinow (Sneaky Pete), Buddy Cage (New Riders of the Purple Sage), and J.D. Maness. He’s played with many talented local musicians including Arnie Johnson, Johnson Shockly, and Billy Spears. In the mid 80’s to late 90’s, he played the Kansas City club scene and later toured with a “Nashville Hopeful.”

Denny is most known in the area for playing dobro with local groups. He currently performs at downtown venues and at special events in the Lawrence/KC area. Besides teaching Pedal Steel and Dobro, Denny teaches guitar in a style known as “Hybrid Picking,” a combination of finger picking and flat picking.